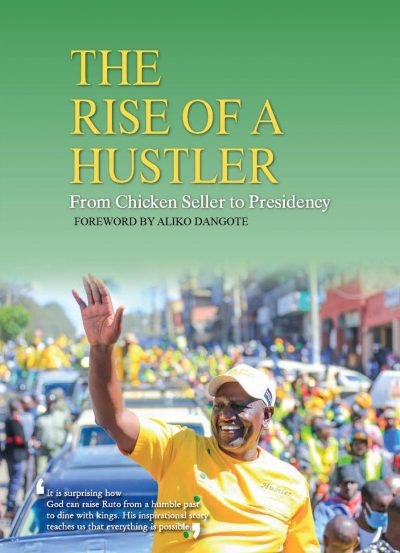 The Rise of A Hustler

A biography of Dr. William Samoei Ruto, a political juggernaut and a renegade, His rise from a humble background to be the 5th President of Kenya

His belief in economic inclusion of the subalterns, which supersede ethnic based political mobilization and political ideology that has galvanized the nation.

This biography captures his humble beginnings in Kamagut, Eldoret, where he was born, through his hustle as a chicken seller and later to national prominence.